I’ll be around Morehead City this year for the Big Rock Blue Marlin Tournament, finally with some post-dissertation time on my hands – and decided to finish a project looking at shifting baselines. Part of this investigation is to find out what people think about trends in the tournament since its creation in 1957 – fish size, difficulty in catching one, etc. It’s a small project involving a one-page survey but I decided that since ethics are important, I would run the survey through an institutional review board anyway.

Problem is, since I am post-dissertation and this is an independent project, I no longer fit into any of the categories of people who should be reviewed by my institution’s IRB: student, faculty, research staff, or administrator. I’ve heard this complaint from other community groups hoping to deploy surveys or get volunteers to evaluate their experiences in citizen science, but this is the first time I’ve experienced it firsthand. So if one does desire ethical oversight outside of an academic institution, where does one turn? I have a few thoughts, not of them tested, but I’d like to see the world of ethics expand beyond its institutional boundaries to match the expanding scientific boundaries of public science.

END_OF_DOCUMENT_TOKEN_TO_BE_REPLACED

Imagine the last time you went to an oyster roast – good food, happy friends, and maybe a delicious smelling fire to warm your toes. Someone brought warm homemade crackers. The youngest in the crowd is both delighted and disgusted at the discovery of a lucky oyster crab in the corner of his oyster shell.

Moments like these that help define what sustainability means – a desire for the continued existence of those oyster roasts. That requires healthy estuaries to make oysters every year, careers that keep people in the community, and healthy local farming for trees and agriculture. Moments like these define the word ‘rural’, where residents are dependent on the natural resources they interact with daily for food and livelihood. This could mean life on a farm in one of the most sparsely populated regions of the country or a piece of the rural carved out of an increasingly urbanized landscape. Rural describes an ethic and a way of life more than any particular location.

END_OF_DOCUMENT_TOKEN_TO_BE_REPLACED

knowledge of plants has mean money, if not power, www.mindfully.org

Foucault saw the concepts of knowledge and power as one entity, which he called “pouvoir-savoir”, based on the philosophy that knowledge and power are co-evolved. There are a number of examples where Foucault’s assertion seem to be correct. In France, a group of patients with muscular dystrophy coordinated and collected vast amounts of collective data on the rare disease by detailed recordkeeping by family members. They even held their own conferences and shared information, eventually bringing in a couple of doctors to do standard medical analysis on their data. Armed with knowledge of the disease, they were able to confront the medical establishment, which had previously ignored their cases because so little was known about the disease and the doctors did not want to look ignorant. Public attention brought by these events also brought funding to an otherwise unprofitable treatment regiment (Rabeharisoa and Callon in Jasanoff 2004). In other parts of the world, knowledge of medicinal plants and other helpful plant genotypes has been linked to indigenous rights movement through intellectual property (Whatmore 2002). Plant germplasms have become a way for communities to connect to international groups supporting biodiversity, which in turn helps secure indigenous rights over both intellectual and land properties.

END_OF_DOCUMENT_TOKEN_TO_BE_REPLACED

Global Warming and the Chesapeake. Up close and personal.

Scientific knowledge comes in many forms, some not explicitly science. Social scientists call this “ways of knowing” – you can think of it as a framework on which you hang the specifics as you learn them. The framework is set up early in life and historically, scientific knowledge was held within a religious ‘way of knowing’. Even one of the founding fathers of genetics, Mendel, was a monk observing peas in the monastic garden.

No matter what form it comes in, language is the common means of transferring knowledge to others and new generations, passing on ethics and lessons for appropriate behavior. In the Cree culture, there are defined roles for humans and animals that are linked in very specific instances such as providing food, especially for pregnant women. From Colin Scott’s chapter in the edited volume “Naked Science” (1996, Routledge):

“The metaphoric juxtaposition/separation of humans and animals is the occasion for much humorous discourse linking the pursuit of sexual partners to the pursuit of game. Hunting and sexuality share a vocabulary: mitwaaschaau can mean both ‘he shoots’ and ‘he ejaculates’; paaschikan can refer to both ‘shotgun’ and ‘penis; pukw to both ‘gunpowder’ and ‘sperm’; and spichinaakin to both ‘gun sheath’ and ‘condom’. But analogy, along with humor is as much about separation as about similarity. The atuush, or ‘cannibal’ figure subverts this separation of human from animal, of sex from food. In one bawdy myth, a cannibal copulates with a woman hunted by his son, before roasting and eating her reproductive organs. In consequence, he consumes his own sperm. He and his son, greatly weakened, are nearly overcome by the superior spiritual power of true human beings” (75).

It sounds like something from another world, but take a minute to examine the English language and what an outside anthropologist might say about us.

In 1971, a group of people known as the Tasaday were discovered on a remote island of the Phillipines known as Mindanao. They wore leafy loincloths and subsisted off what the forest could provide, possessing no knowledge of tobacco, corn, rice, or domesticated animals. They spoke a new dialect of Malay-Philipino language that included no word for outsiders, war, weapon, or enemy, giving them the title ‘The Gentle Tasaday’. The family unit was nuclear and the community has no formal organization or government outside of some loose food-sharing networks.

Today, Tasaday life is way different and matches more modern tribal life in the Phillipines, as documented on their website. The question is, however, whether this modernization was normal development post-contact or whether there was a hoax involved.

END_OF_DOCUMENT_TOKEN_TO_BE_REPLACED 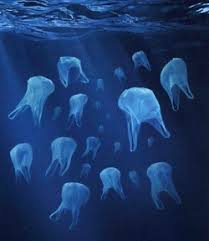 END_OF_DOCUMENT_TOKEN_TO_BE_REPLACED

Is eco-chic all is cut out to be?

Did you ever meet that gear-head who had a shelf full of Nalgenes or a trunk full of those reusable shopping bags?  At the time, did you stop and think about the environmental impact of these eco-friendly products? In honor of Earth Day, I’d like to take a moment to step back and evaluate the state of our environmental movement.

Yes, at some level these things reduce your personal environmental impact.  They save millions of plastic bags and cups from entering the waste stream and therefore our biosphere.  At the same time, they promote the consumer culture that created many of our environmental issues in the first place.

END_OF_DOCUMENT_TOKEN_TO_BE_REPLACED

Researching rural development in coastal communities presents a lot of land mines. I’ll let you imagine and populate that list yourself. Each one of those things deserves its own blog entry at least, or perhaps even a book. But one topic above all others permeates both my personal life and my dissertation research – climate change.

Yes, there are the newly minted signs in my neighborhood declaring the area under the “high water” mark. There’s also the friend who advised me against purchasing a house not because of financial concerns but because said house may be under water soon. There’s also the shift in local fishery species on which the community depends. But let’s set aside the physical realities for a moment…

END_OF_DOCUMENT_TOKEN_TO_BE_REPLACED

A visit to my old stomping grounds of Forks, WA this past summer made me realize how much things had changed since I lived in the area. It wasn’t an abundance of second homes and big box stores one might expect to come over time to a coastal community. One thing had changed and Forks will never be the same: Twilight.

Intricately linked to life in Forks, now and before, are the Quileute people, who live in the nearby town of LaPush where the Ho River meets the Pacific Ocean. Across from their square kilometer reservation is one of the most scenic views Olympic National Park has to offer.