A few years ago, we organized a group of marine conservation scientists to meet to discuss, and list,  the most urgent issues that need to be studied. The resulting paper  came up with 71 questions which urgently needed to be addressed, because a lack of an answer was severely impeding marine conservation. However, during this exercise we also came up with a list of other questions – these were issues that were controversial, that everyone  knew were important, but were unwilling to raise as being an issue. These were the Voldemorts of marine conservation questions (they that shall not be named), the elephant (or elephant seal) in the room questions …. or as we more aquatically termed them: “the kraken in the aquarium” questions.

These questions came under the topic headings of “Human nature” such as:

Does compromising as part of the marine planning process fail marine conservation?

Academic, political, and research funding cycles tend to be much shorter than ecological cycles. How can these cycles acknowledge and incorporate the temporal scales of biological and ecological change and conservation success evaluation?

We all know that to really evaluate marine systems we may need decades to truly pick up trends, and to convince coastal human communities that marine conservation is in their interest and to change their behavior, takes much, much longer than can be funded in a 2 year grant.

The problem of “entrenched interests” was discussed are – we holding onto tools that are either ineffective (or even conservation detrimental) or are not effective as we often make them out to be (such as MSYR and MPAs).

The strangle-hold that corporations and special interests have on conservation and ocean policy was discussed, with questions raised such as:

How can we break through the overwhelming media superiority of large corporations and facilitate the spread of accurate conservation science?

Then there were questions related to global economics:

How expensive should resources be if all externalities were considered?

How can we reconcile the corporate/financial requirement of perpetual economic growth with the limited capacity of ecosystems to provide resources?

Finally, we also looked to the marine conservation community. Are there significant problems closer to home? For example, one of the questions asked was:

How can aquariums and zoos be best used and supported to forward marine conservation? What is their role?

A final question was one that particularly resonated with me:

To what degree should marine scientists serve as advocates for nature? 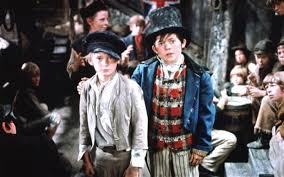 “Please sir, can we have some marine conservation?”

These kraken in the aquarium questions will hopefully lead to marine conservation scientists thinking a bit more outside the box, start challenging  dogma and most importantly start RELEASING THE KRAKEN !