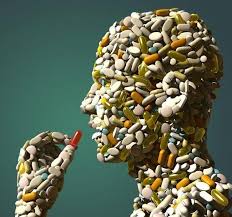 Though for a while pharmaceuticals were out-of-sight, out-of-mind, recent realizations that even super low concentrations can have effects are turning governments to investigate their waters. A study in UK estuaries looked for the presence of 14 chemicals identified by the UK Environment Agency and the Oslo and Paris Commission as priorities. They concluded that pharmaceuticals are indeed present in the estuaries, most notably the antifungal clotrimazole (found most frequently) and ibuprofin (found at the highest concentration of 928 ng/L) (Thomas and Hilton 2004). They made the caveat, however, that fully establishing risk also involves knowing the fate and effects of these compounds in the environment, so more research was required to draw management recommendations based on the findings.

Though it’s not like we don’t understand what happens – maybe not in detail, but enough to make decisions. Following my love of historical studies, I’ll cite one particularly well-done one looking at microbial communities around a pharmaceutical dump site 64 miles north of Puerto Rico.  Not surprisingly, they found the most bacteria close to shore and near the dump. But most interesting is that the community of bacteria shifted from a Vibrio/Aeromonas community in open marine water far from the dump to gram-positive staphylococci, micrococci, and bacilli dominant around the dump (Peele et al 1981).

In addition, an equally as old study looking at amphipods found that those chronically exposed to 1% waste had lower survival and vastly reduced fecundity and those exposed to 3% waste had 100% mortality. Larvae of those exposed had reduced lifespans (Lee and Arnold 1983). Studies such as these helped provide fodder for ocean dumping laws implemented by the US and UN in the late 1980’s. Seems funny that today we still haven’t set protections for our inshore waters like those offshore waters have earned.

Nothing has been published specifically on the ecosystem-level effects of pharmaceutical contamination, but mesocosm studies and modeling based on the single-species observations that have been recorded suggest that the effects might be larger than anticipated (Long et al 1995).

Either way, it’s time to stop and think about protecting our inshore waters the way we have protected the high seas. Especially considering that’s where the vast majority of earth’s population lives and takes medicine.