This year, we’re going to change around our Biodiversity Wednesday series. Instead of posting a YouTube clip of some various organism or region, we’re going to highlight a lesser known region of biodiversity importance and discuss related conservation and management issues.

Located along the west coast of India, the Western Ghats are a 1600-km mountain range formed when the Indian sub-continent split from Gondwana approximately 150 million years ago. These basalt mountains are rich in iron ore and, to a lesser extent, bauxite, making them prime candidates for mineral extraction. Due to the position of the mountains, the Western Ghats interact with the annual monsoon season to generate high amounts of rainfall. Nearly 40% of all Indian river systems drain through the Western Ghats. 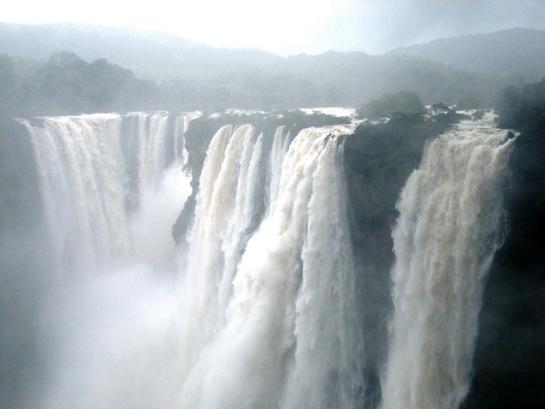 Thanks to the high rainfall, the Western Ghats contain many rich forest regions, including tropical and subtropical moist broadleaf forests, evergreen forests, dry and moist deciduous forests. In the south, the Western Ghats are dominated by montane rain forests which thrive in the wettest portions of this mountain range. These moist broadleaf forest has the richest biodiversity of any region of India, with high rates of endemism among its native species. Among the creatures native to the montane rain forests are many orchid species, several conifer species that trace their evolutionary legacy heritage back to the break-up of Gondwana, and charismatic mammals such as sloth bears, gaurs, Nilgiri Tahrs, and macaques. India’s iconic tiger also roams these forests and the region hosts the largest population of Indian Elephants.

The Western Ghats, and particularly the montane rain forests face many threats. Thousands of acres of forest are being cut down to provide land for tea, coffee, potato, teak, eucalyptus, and cardamon plantations. This development is beginning to impinge on some of the old growth forests. Over-grazing and poaching are also common problems in the Western Ghats, as well as almost every other biodiversity hotspot in the world. As India’s population grows, mineral extraction will become a major problem. Iron ore is essential for India’s legendary railways and even sand, used to make concrete, is open to exploitation.

A sand barge on the Mandovi River - photo by Andrew Thaler

One of the more unusual environmental facing the Western Ghats, has emerged as a result of the tourism industry and the popularity of the Indian elephant. Camp elephants, used for work and to entertain tourists, are often fed from felled down fig trees. Fig trees are dioecious (each tree has only one sex) and are a keystone species for the frugivore community (which includes many insects, small mammals, and birds). Selectively cutting down these trees leads to reproductive isolation as patches of trees become more concentrated. The resulting decline in fitness leads to a cascade effect as many species lose their habitat and food supply.

Currently, only 15% (3,200 sq. km) of the South Western Ghats montane rain forest is protected.  There is hope. In 2006 the government of India applied for the Western Ghats to be listed as a world heritage site. The proposed region, which encompasses 7 distinct and connected areas across the mountain range would be protected under the Convention Concerning the Protection of the World Cultural and Natural Heritage.