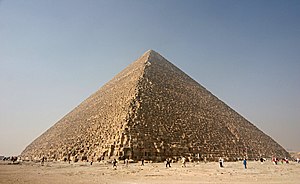 END_OF_DOCUMENT_TOKEN_TO_BE_REPLACED

For background, please see our original post – Secrets and Sulfur at the Morehead City Port. Over the last two days, I’ve dug through the PCS Phosphate Environmental Assessment, checked out some of the press reports, and talked to an insider from their Aurora facility. After pouring through what little data is available, I have six concerns that I would like to see addressed before this project is approved.

END_OF_DOCUMENT_TOKEN_TO_BE_REPLACED

The news caught us by surprise. PCS Phospate, a division of Potash Corp. and one of the largest suppliers of fertilizer in the world is planing to build a Sulfur processing plant in Morehead City. Seemingly overnight, it had grown from a few rumors to an announcement that the final permitting and funding process was already underway. Initial planning began almost a year ago, and an environmental assessment was produce in in December 2010, but at no point during this year of closed door meetings was there ever a public review. The first official notice occurred when an adjacent landowner was informed of the expansion.